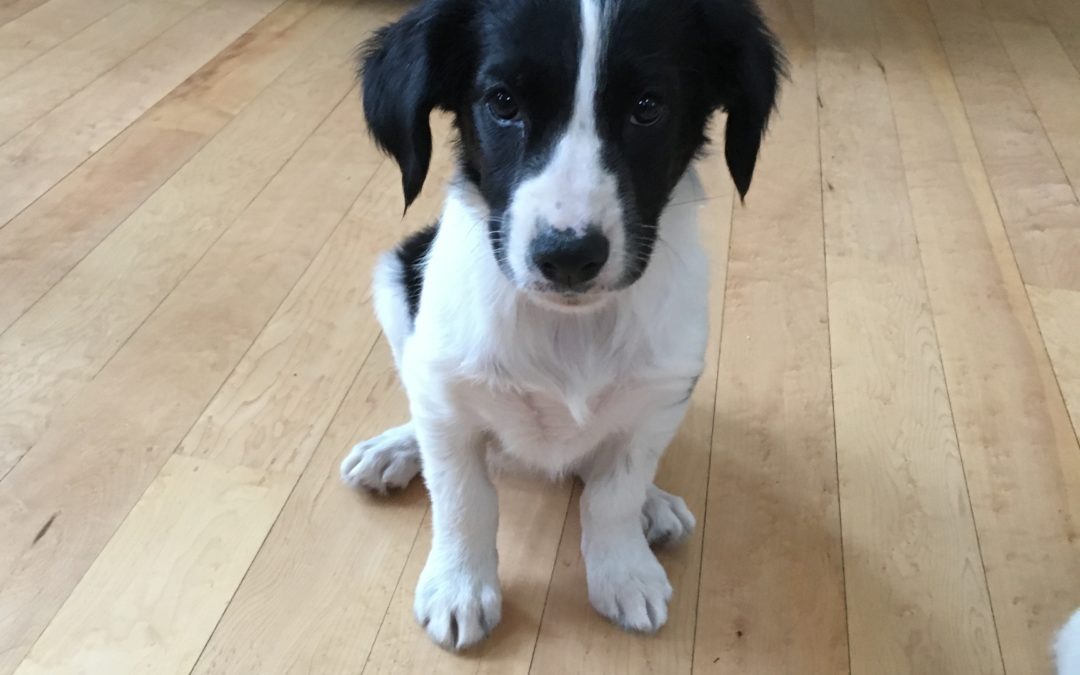 I will be honest with you, the last thing I was thinking in March was “What I need right now is a puppy.” I was barely functioning, so why the hell would I get a puppy?

My wonderful friend CJ had been talking about these two puppies, born from an accidental pregnancy: English Setter beauty goes out on the town and meets Border Collie hottie, and Whoops! There were only two puppies and they barely survived an emergency C-section. From all accounts, they were adorable. But I had no interest. None, zero, zip. 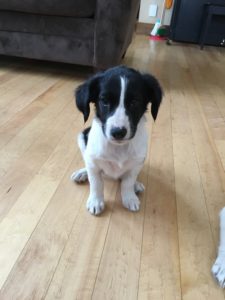 Then on a harmless walk with CJ – she claims not to have engineered this – I see two puppies headed toward us. THE puppies. The boy had been spoken for, but the girl (the runt) was up for grabs. Of course, I fell in love, but I was still dead set against a puppy. I finished our walk with resolve NOT to get the puppy.

The next hour (yep, that’s all it took) was a classic life-crisis rationalization:

She was an awfully sweet puppy. I DON’T NEED A PUPPY!

I bet Puck would like to have a little sister. I DO NOT NEED A PUPPY!

Maybe a puppy would be good for me right now. THE LAST THING I NEED IS A PUPPY.

Why shouldn’t I have a puppy? BECAUSE YOU ARE NOT MAKING RATIONAL DECISIONS RIGHT NOW.

I want the damn puppy! I ACCEPT I AM NOT MAKING RATIONAL DECISIONS RIGHT NOW BUT DON’T GIVE A DAMN.

So that is how we ended up with Zoey. When I first got her, she was exactly the same size as Makoya, about 10 pounds. She loves Puck and spent the first month trying to crawl on top of him while he was sleeping. That didn’t go so well. 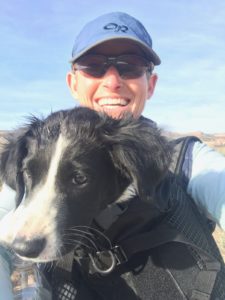 Over time he has warmed to her. One of Puck’s favorite games is what we call the slow chase: he holds a toy or treat in his mouth and you chase him very slowly around the house. He could do this all day. Zoey will chase him all day, so that might have sealed the deal right there. He lets her chew on his lips and clean his ears. Every now and then he lets her snuggle.

She still pisses him off and he often has to put her in her place. A lot like human siblings, I think. He does occasionally turn into a bully and I have to tell him to chill.

Zoey is fascinated by Makoya and, luckily, Makoya became very brave after her sister died and is not afraid of Zoey at all. She does sometimes have to pull out the claws, but she really puts up well with Zoey stalking her around the house! 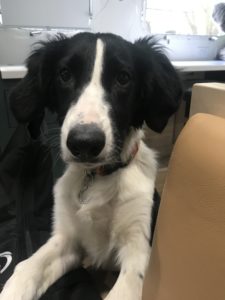 All in all, Zoey is a great puppy (as I look down and she is destroying a blanket). She’s a bit stubborn and she is definitely showing characteristics of the Border Collie. She tries to herd Puck, but he just runs her over. At heart she is a lover and wants attention. She loves to be held, thanks to her early life being toted around by small children! She already requires a LOT of exercise. I cannot run long distances with her because she is only 4 months old, so we go on lots of long walks. She’s going to be much faster than Puck, which he is just now starting to realize. Fortunately for him he can still just run her over.

When I fell for the puppy, CJ agreed to be my co-Mom and she and her daughters look after Zoey whenever I need a break, which is often and has been a lifesaver. Zoey is loved by many!!

While there are times when I feel like my vocabulary is limited to “NO ZOEY”, I am so glad she is part of my family now.

As life crisis decisions go, I highly recommend a puppy.