Montana, thanks for reminding me I’m not so tough after all. 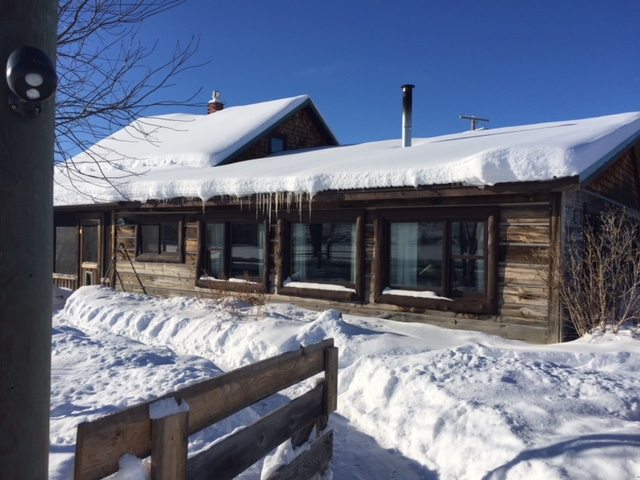 I grew up on a ranch in Montana. But it is easy to forget just how unforgiving Montana can be in the winter.

My sister, Morgan, and I had planned a quick trip up to visit my Mom in Big Timber this past weekend. The Big Timber weather forecast was looking pretty rough: Winter storm warning with snow, wind and highs in the single digits. Mom suggested perhaps we should postpone our trip. To which Morgan and I responded “Hell no, we are Montana girls!”

We both flew to Billings Thursday afternoon. Morgan was delayed out of Minneapolis – flying from one icebox to another poses issues. So I grabbed our rental car and ventured out to do our shopping.

Hopefully the checkout person at Albertsons thought I was just stocking up for a party. Rule #1 of getting snowed in in Montana: Do not run out of wine. So with wine, snacks, chocolate and a blow dryer (not for me) in hand, I headed back to the airport just as Morgan’s flight landed.

The weather was still not bad – cold but no snow – so as we navigated the predictably icy roads from Billings to Big Timber, Morgan and I joked that Snowmageddon must be a bust. Snicker. Ha ha ha ha.

We even made it down the driveway – there was already plenty of snow and drifting from previous storms but not enough to thwart our little Rav4 rental. We were feeling pretty cocky by now. No storm yet!

I should describe our Montana ranch/home: 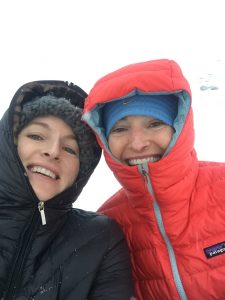 We woke up Friday to frigid temperatures and at least a foot of snow, with more snow falling. We wisely decided to drive the Rav4 to the top of the driveway in case it became impassable. The bridge, with 12 inches of new snow, was a little frightening – we are clearly out of practice! Morgan and I had our windows rolled down, our seatbelts off (just in case we went over) and were holding our breath.

We still weren’t very worried. As long as they plowed the main road we would be fine. But we weren’t going anywhere, so we settled in to a wonderful jigsaw puzzle, lots of food. And wine.

By Saturday, there were over 18 inches of new snow, it was still snowing, and it was even colder. Luckily the jigsaw puzzle was keeping us busy! When we got a break in the snow around 11:30, we decided to take Mom’s truck up the driveway to scope things out and to see if we COULD make it up the driveway. It took us about 15 tries up the first hill, which had us a bit worried. We made it across the bridge, then got stuck and had to dig ourselves out on the final hill to the road. But we made it! With that mission accomplished, we headed back to the house. There was one hill in the meadow on the way back I was worried about. I tried to gun it up the hill. We didn’t make it very far. So we rolled back down and kept trying. We almost made it once, but were fishtailing dangerously close to the fence, so I had to abandon that attempt. Then I made a fatal error and missed our tracks as I rolled us back down to try again. Stuck. We couldn’t go forward or back. So we started digging. Nothing. The truck wouldn’t budge. Finally we gave up and walked the rest of the way home with our tails between our legs. 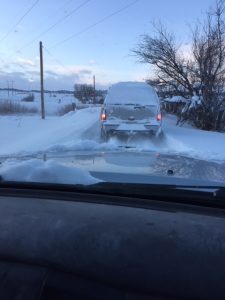 Mom called our neighbors to pull the truck out with their larger vehicle. Thankfully they also had chains on or we would have had two vehicles stuck. They pulled us out, and then Phil attempted to turn our truck around so we could head back to the house. When it got stuck again, he decided they should just pull us all the way to the top of the driveway. This would mean pulling us across the bridge. Morgan and I looked at each other with dread. We could do this, right? We didn’t really have a choice. So Phil started pulling. I was trying to keep our truck at just the right distance to keep slack out of the towline but also help him out. I was close to panic as we neared the bridge, and I lost it a bit, causing the rope to tug. I think both Morgan and I almost had a heart attack right there. I’ve been over that bridge thousands of times – that was hands down the scariest time across! I still get a little ill thinking about it.

After a ride back home, we decided it was definitely Wine-30!

Sunday morning dawned with clear skies but -20 degrees. Phil and Chris came to pick us up and take us to the top of the driveway. Miraculously our car started. And with a little help from Phil, we made it onto the freshly plowed road.

It was a great visit. Lots of catching up and plenty of laughter!

But I’m not feeling like such a tough Montana girl anymore.