Re-learning how to run, jump and… snowplow? 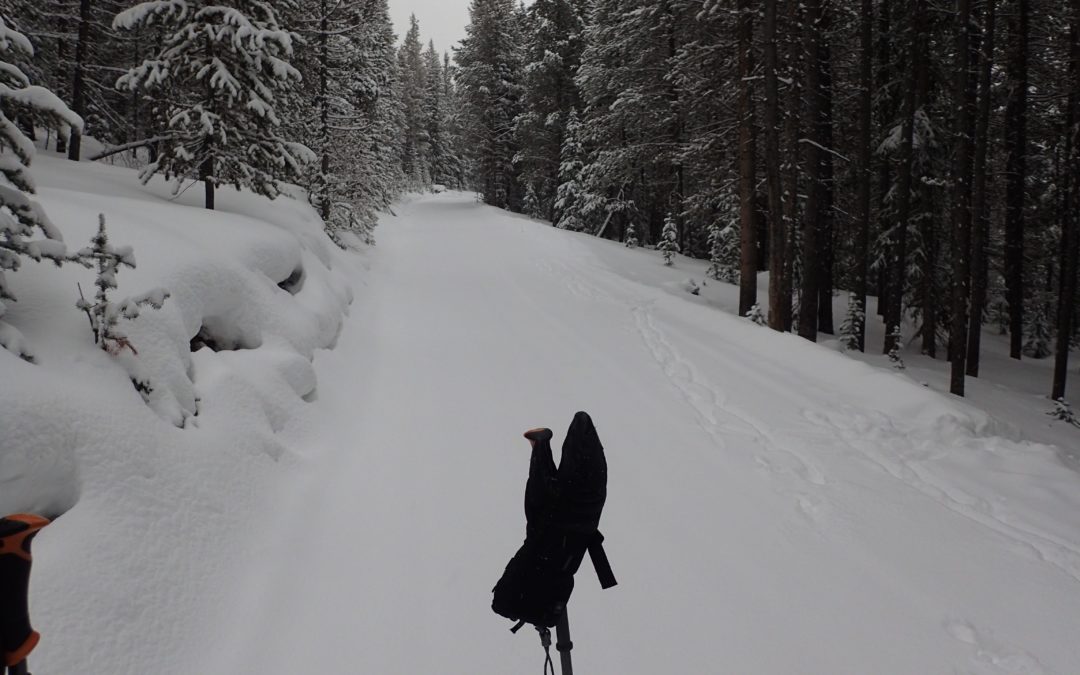 Let me preface this post by saying that I am doing great. I feel like everything is coming together. Honest.

But rehab is immensely frustrating. I just want my left leg to get with the program. Even though I understand it probably won’t be 100% until August (my surgeon said to give it a year), I can’t stop hoping that all my hard work will be a little more obvious. I have a check in with my surgeon in two weeks and I want so badly to show off my finely sculpted left leg muscles. But when I flex said leg… let’s just say it is less than awe-inspiring. Sigh.

That said, every day I see progress. 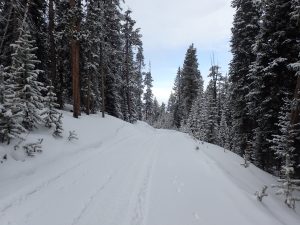 Perfect day for my first ski

This week I stepped into my AT skis for the first time. I wasn’t terribly worried about the uphill, but I was a little apprehensive about the down. Fortunately my brace fits under my ski pants. It was a beautiful day, we had received fresh snow overnight, and Puck and I were completely alone as we started up our route.

I am still really, really out of shape. Ouch. But it was wonderful to be out on skis, no matter how slowly I was moving.

When it was time to turn around and go down I considered leaving my climbing skins on to slow me down; but they can cause some lurching (the really aren’t meant to be worn downhill!) so I thought perhaps that would be worse.

Skins off and skis locked on, I took a deep breath and hoped my leg was up for some serious snowplowing.

I would just like to make the observation that snowplowing for extended periods of time is really tiring.

Even though my right leg did more than it’s share of the work, my left leg felt pretty good. I don’t think I’m ready to shred yet, but snowplowing? Can do!

Since then we’ve skied two more times and I’m already feeling more confident. I’m not ready to take the brace off, and I have yet to hit anything really steep, but it’s progress.

I’ve started running on the regular treadmill with my Altra IQ shoes. I have two runs under my belt: The first was 5 minutes and the second 10 minutes. With walk breaks. Humbling. I sure miss the anti gravity assist treadmill.

I promised myself that I would not push the run. My focus this time around is running well. Thanks to my IQ shoes – and the Altra IQ wench – I understand that what my brain thinks I am doing is not what I am actually doing. When I start running, it feels to me that I am landing equally on each foot. But my shoes tell me I am using my right leg more and landing on the toes of my left foot. To correct this I have to stomp down on my left foot. Ok, it FEELS like I am stomping, but in reality I am running normally. So my brain thinks: Right foot step, left foot stomp, right step, left stomp. And with that, Altra IQ lady is happy. Whatever it takes!

I did attempt some running on my snowshoes the other day. But when I realized I looked more like a wounded animal than a runner, I decided I should hold off on that for a while.

Puck spent part of our ski yesterday running around the snowmobile high marking tracks – he quickly realized they created a perfect racetrack for him. He was having a blast. Occasionally he would misjudge snow depth and do a full face plant, but that did not dampen his enthusiasm.

Puck makes it hard to have a bad day in the snow! Thanks buddy.