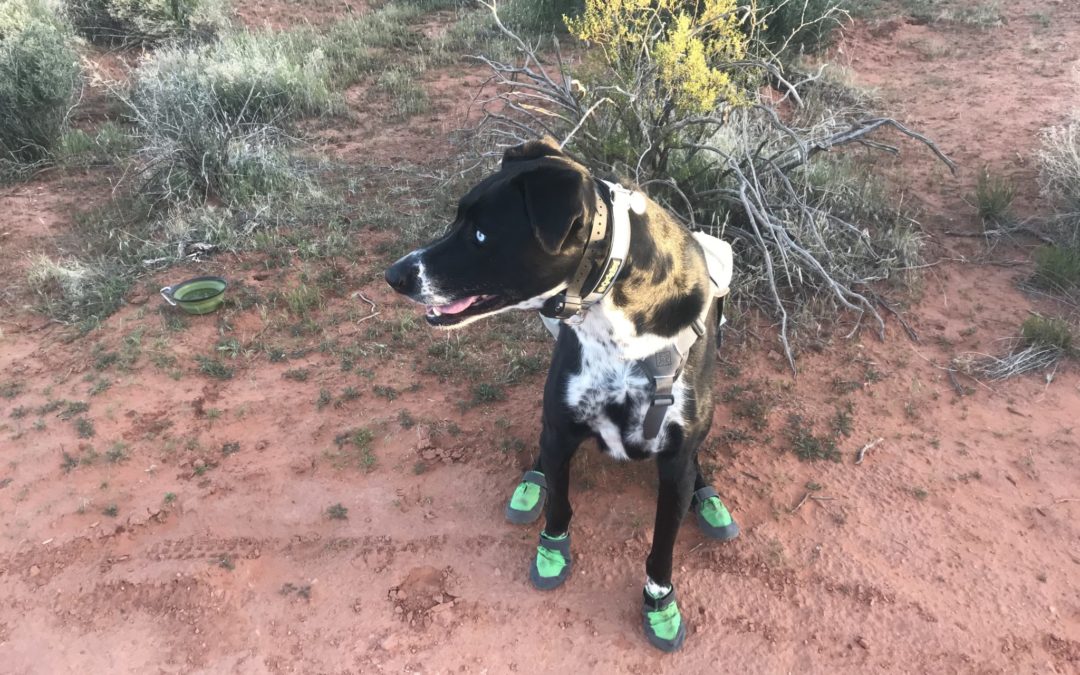 Mark, Puck and I are in St. George for a week. We are here to mountain bike after hearing so much about the trails.

What I have learned on this trip: 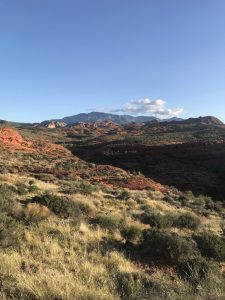 Some of the scenery

Both Mark and I have had our current hard tail 29er mountain bikes for many years. They have served us well and have seen many miles. But after test riding an Ibis Mojo 3 last year in Fruita, Mark was so impressed that he bought the frame and built himself a new bike. He suggested I might want to demo the Mojo 3, because he felt it would really help my riding.

I was dubious that a bike was really going to make a difference. I’m a strong rider, but I am not (and never have been) a very technically proficient rider. I’m a wimp and highly risk averse. I prefer long climbs and rolling single track to burly technical trails. I didn’t really see how a new bike was going to change that.

Wednesday was our first day on the trails and I was on my hard tail 29er. We went to the Jem trails and did a 13-mile loop. The trails were great but I quickly realized they were not made for a hard tail bike – I was pretty sure my teeth were going to fall out by the end.

On Thursday I had the Mojo 3 reserved at Over the Edge sports in Hurricane (pronounced “Hurikin” for those not in the know). The guy at the shop had me ride around the block and pronounced it good. Luckily, I have Mark for help because this bike has more options than a new car. It has three settings on both the fork and rear shock: locked out, plush and super plush. Super plush could be called Cadillac mode. Ahhhhh. It also has a dropper seat post. I’ve never understood the need for a dropper seat post. Now I do. Although I damn near fell off the back of the bike the first time I dropped it! It is a 27.5” bike (vs. my 29” bike) with wide tires; not snow bike wide, but wider than normal. This makes it even more plush.

The change in my riding was immediate: I was turning faster, climbing and descending things I would not have before. I felt so much more in control. The Mojo 3 has more capability than I will ever access; it is an impressive bike. Take it from me, you want this bike.

After starting on the less technical trails, we headed out on part of the Hurricane Rim Trail (more technical). I still had to walk a couple times, but not much. I rode so much more than I ever could have on my old bike. And more importantly, I was enjoying it: Normally in these situations I would be ready to toss my bike off the nearest cliff.

By the end of that day I was not sure how I was going to go back to riding my hard tail. The bike that has gotten me through many races and rides was looking a little less shiny. I had fallen for this Mojo 3 hard! Luckily it was available for rent on Friday and Saturday so I shelled out more cash to keep it.

On Friday we rode more of the Hurricane Rim Trail. I haven’t had this much fun on a bike in a long time, seriously! 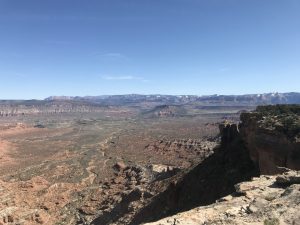 Edge of the rim at Gooseberry

On Saturday we ventured out to Gooseberry Mesa and the slick rock trails. Here I realized that while the bike can make me a better rider, it can’t work miracles. I rode ok on the easier -intermediate slick rock and was riding a lot more than I would have been able to before. But the more difficult trails were beyond me. I finally reached the point of frustration and took the easy way out, while Mark finished off the slick rock.

It was spectacularly beautiful out there, I have to say. Basically right on the edge of Zion National Park.

For those of you who have never ridden slick rock, it is NOT slick (at least not when dry). It looks smooth, but bike tires have great traction on it. Thanks to Wikipedia I have found out that it was dubbed slickrock by early settlers because horses’ shoes could not gain traction on it. Mystery solved.

Working on our selfies… 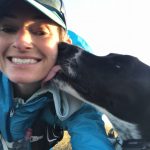 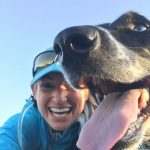 Puck has not been biking with us, but I’ve been running with him in the mornings and Mark has been taking him on hikes. He has had to wear his booties because of the abrasive sand. He feels this is akin to torture, but he puts up with it. Barely.

I haven’t told you about my new running shoes yet.

Or the coffee shops.