TIDDLYWINKS, the trail, lives up to its name! And…Cary’s rant on headphones. 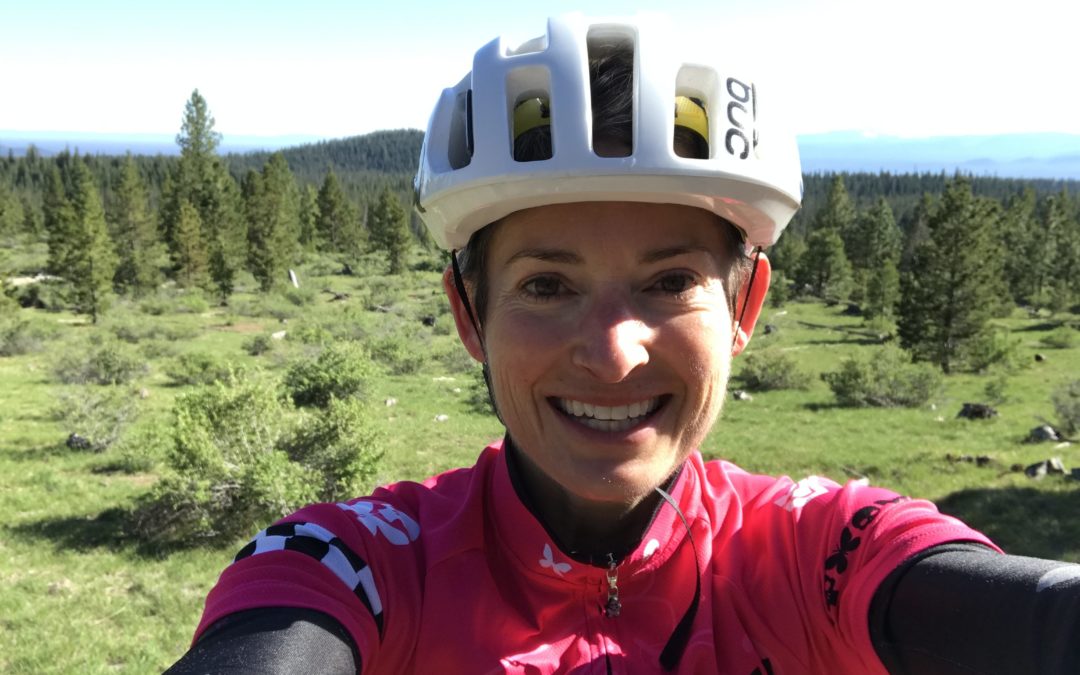 I’m not a downhiller. No one who sees me ride would ever confuse me for one. I dislike going fast; not a good quality in a downhiller. I have to admit to using Puck as an excuse to go slow downhill on my mountain bike. But then he outpaces me and I have to find another excuse.

We were on the trails really early (being Saturday) to get Puck a good 6 miles on the other end of Storm King. He was dragging a bit for the first few miles, then we found a stream AND we turned back toward home. Those two things combined turned him into super-dog.

I tossed Puck back in the car, reviewed my map and headed out on my planned loop. The trails continue to amaze. It is rare that I can ride 99.9% of any ride, but all my rides here so far, I have. The crowning jewel in this ride was Tiddlywinks. How can you not love a trail named Tiddlywinks? 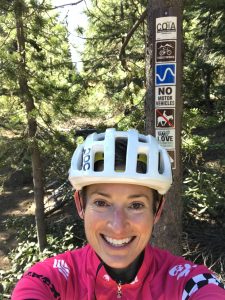 Tiddlywinks was billed as a Super D downhill, which meant nada to me. But according to my Google search, Super D is a blend of cross-country and downhill racing. It was obvious this downhill was built for crazy people to go really fast. But it was so much fun even at my granny speed! There were swooping turns, lots of bumps that you COULD get air on but for me were just some fun Thank you Ma’am’s (well, that’s what we call them in Montana!). I found myself giggling, a lot. It was the most fun downhill I have ever ridden on a mountain bike.

After I finished, Puck and I descended on our river spot. It was a little bit busier on a weekend so he couldn’t be as crazy as he wanted, but it cooled us off.

I cleaned up and got the kids all sorted then headed out to a) get coffee, of course and b) get beer. I tried to go to Crux Fermentation Project, which came highly recommended, but clearly that is not a good idea on a Saturday. I will try again on a weekday. My second option was 10Barrel Brewing Company. So here I sit. Not a bad second choice. 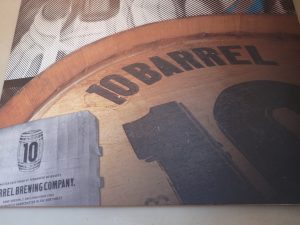 Now, one of my soapbox rants. Take it for what it is: my opinion.

You only ride/run on bike paths? Great, but you still are unaware of your surroundings; for instance, someone trying to pass you when you are IN THE MIDDLE OF THE PATH and can’t hear them yelling “on your left, on your left”. You become a nuisance to other users. Sorry.

That brings us to the trails. You are surrounded by nature. Headphones out there are baffling to me. Granted, you probably aren’t going to be hit by a texting driver (probably); still you are unaware of your surroundings. Fine by me if you want to get eaten by a wild animal, then they won’t need to eat me. But there are other bikers and runners out there. Some might be coming around a blind corner right at you. Others are faster than you (it’s true) and need to pass.

For me personally, it’s not really about the safety. Being outside on my bike or on foot is all about being in my surroundings and in my own head. As scary as that can be at times… I’m the only one who is going to do it! Some days I have a running dialogue with myself for hours. Other days I really think of nothing, but just let my head be quiet. Some days I solve all sorts of problems. But every day it is MY time in MY head to do with what I want. I don’t want any noise cluttering that. Never once have I been bored – how can you be bored when you are out doing what you love?

I do understand the appeal of music. It’s motivating. Put me on a treadmill and I won’t run without my music. But outside, no thank you!