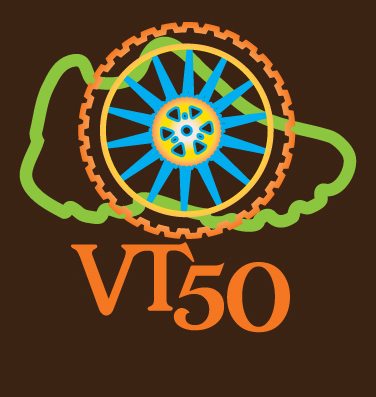 I’ve been traveling to the Vermont 50 mountain bike race since 2012. It has become an annual tradition and I look forward to it every year. It is an excuse to visit my friends in Vermont, ride 50 miles on a beautiful course that is only accessible on race day and then celebrate with beers and burgers.

I didn’t see any reason not to go this year. The logistics are a heck of a lot easier without a mountain bike. I had a lot more time to hang out. And since it reached a whopping 90 degrees on race day (ouch!), I was secretly a little glad not to be out there on my bike.

I did volunteer at an early aid station, mile 8 of the 50-mile race. The other volunteers quickly learned that I was very loud. I became the de facto aid station advertiser: “Water! Gatorade! We have water and Gatorade. We have lots of food!!” It is good to know your strengths.

Chip came up for the race too. I didn’t get to see him at my aid station because he had to switch from the 50-mile mountain bike to the 50K run due to the lingering effects of his [less than graceful…] landing on the slip and soar in Park City in August. His ribs have yet to forgive him! 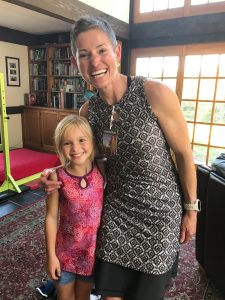 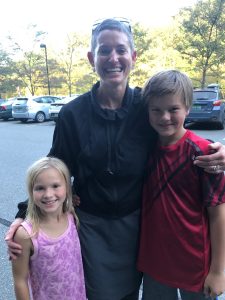 A lucky Aunt Cary with Casey and Jack

By 9:00 I was done with aid station duty. Then it was back to town where I spent the afternoon with Holly, Jon, Jack and Casey [and Morgan (dog) and Rex (bearded dragon)]. They showered me with gifts. That’s always fun! It’s good to be Aunt Cary. Since I can’t really do anything very active, we played games, ate goodies at King Arthur, spent several hours at the science museum and finished off the day with Gelato! It was a great day.

Next year hopefully Holly and Chip and I will be back out on the bike course to earn our burgers and beers!

I flew back to Denver today. It was uneventful except for me shaming the guy next to me into putting his cell phone in airplane mode. I get really annoyed when people don’t follow the damn rules. And I’m not shy about it. It just chaps my ass (I wanted an excuse to use that expression) when people think the rules don’t apply to them. Don’t get me started.

I’m doing laundry and packing everything back up. Tomorrow Mark and I (and Puck, of course!) will start our Park City / Sun Valley adventure!