Another Great Week in Park City 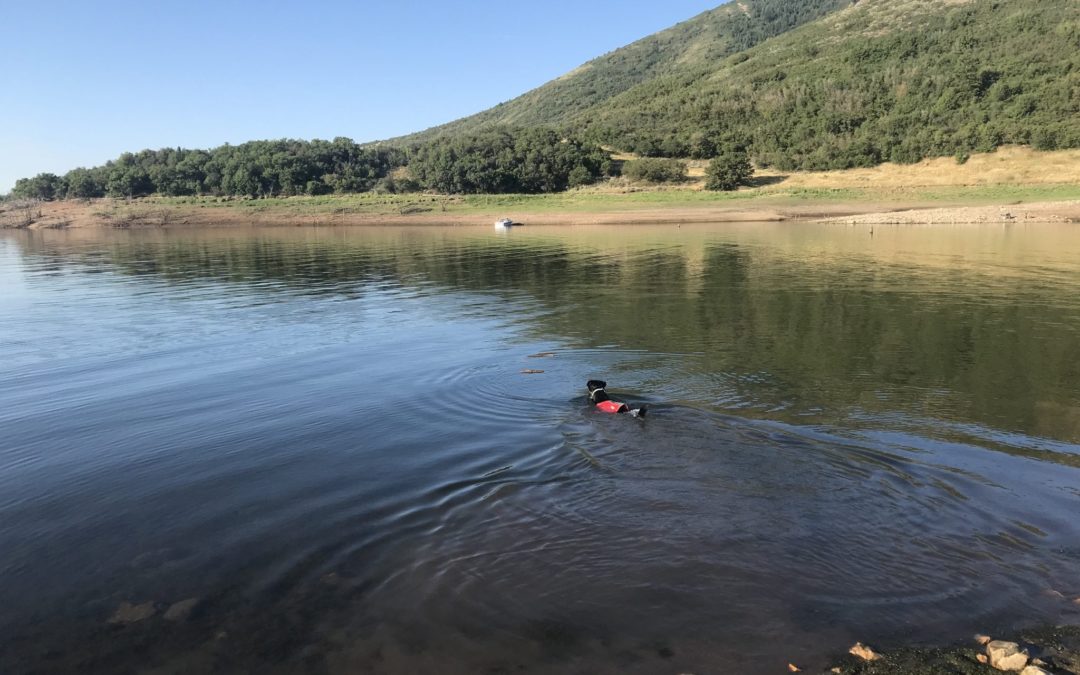 I do love Park City. Soon I will have people to visit there (yay Grant & Shawna)! I’ve already spent more time in their new house than they have.

This trip was just me & Puck, packing our days with as much fun as the two of us can handle. Our days mostly looked like this:

Mountain bike. Puck got to go on shorter days. On longer days he hung out at daycare.

Hang out at coffee shop for as long as Puck can keep the Heffalumps at bay. I pushed my luck too far one time and he tried to drag a chair through the coffee shop. Mostly pretend to work. Coffee #3.

Home after construction crew is gone (house going through renovations). Eat dinner. Sit on patio and read, counting the minutes until it isn’t TOO early to go to bed.

Pass out to rest up for the next day! 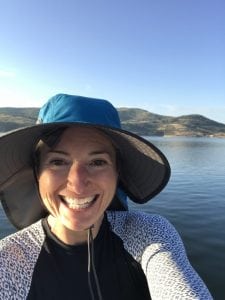 Not afraid to look dorky!

The grand finale of the week was the Mid Mountain Marathon on Saturday. This was the trail race I was supposed to run last year with Grant, Shawna and Chip. My knee had other ideas. This year I went back to redeem myself. 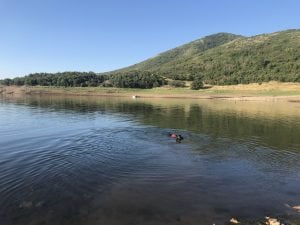 In a tiny nod to resting up for the race, Puck and I took it easy Friday. We went out to Jordanelle Reservoir early before anyone else was there. It was lovely. I paddleboarded a bit and then Puck swam after sticks. A lovely way to spend the morning.

That was my taper. I mean, seriously, you can’t go to Park City and sit around and taper! It wasn’t like I was going to win the race, I just wanted to finish.

For race day, I put Puck in boarding/daycare so he didn’t have to sit home alone.

I’d been having some stomach upset all week. I suspect it had something to do with the inordinate number of coffees, combined with my reliance on coffee shop food for much of my daily sustenance: A lot of muffins; the occasional donut. I tried to eat clean and drink less coffee on Friday, but I think it was too little too late.

I was excited to do the race. I felt pretty good, considering my week. I knew the course would be beautiful if nothing else. The mid mountain trail starts at Deer Valley and just keeps going until you get to the Olympic Park. In a little over 26.2 miles it climbs 3800 feet and descends 5000. It is mostly runnable, which was probably the hardest part. I would have liked to walk more. 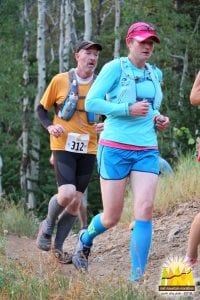 The first half went well, with only a few moments of GI distress when I contemplated whether I would have to make a run for the bushes. The first half has 3 small rolling climbs on really nice trail, mostly in the shade of trees. I hit the halfway point in under 2:30; I thought maybe, just maybe, I could run this thing in under 5 hours. While the second half had the bigger climb, it also had a whole lot of downhill.

Shortly after I had that thought, I did my first partial trip/Superwoman. That’s a sign that I’m not picking up my feet, which is a sign my legs are tired. After several more trips/Superwomans, I started to worry. This wasn’t a good sign this early! I upped my food intake, which increased my GI distress (still no mad dashes into the trees, but I was a little worried). I managed to rally until about mile 16 or 17, when I did a spectacular Superwoman straight off the trail and into the bushes. Both hamstrings and calves cramped on impact. I laid there contemplating my cramping muscles unable to make my legs function; finally a nice man pulled me out. I was laughing at this point; he looked quite concerned. I told him I would be fine and thanked him profusely.

I kissed sub 5 goodbye; but I WAS able to get my legs moving again. The climb was coming up. I was actually thankful for that – it meant I could hike more.

By the top of the climb I was hopeful again. I had 6 miles of mostly downhill left. Granted, my legs were really not happy with me, but I had gravity on my side. Right?

I won’t lie, that downhill wasn’t pretty. I was convinced my watch had stopped working because it just wasn’t counting the miles down fast enough. My time goal was slipping: 5:10? Nope. 5:15? Maybe not. 5:20??

I hobbled across the finish line just under 5:20. I was happy with that. Hell, I was just happy to be done. My body realized it didn’t have to hold back anymore and I navigated most of the next couple hours from bathroom to bathroom. Puck and I had some fun at the dog park once I rallied. And I managed to recover enough to get a burger and beer at the High West Distillery, one of my favorite spots in Park City!

Given that I was in bed by 7:30 Saturday night, I woke up really early Sunday morning. My hamstrings and calves felt like they had been kicked repeatedly from the cramping. I loaded up the car and we were on the road by 5:30, headed back to Crested Butte.

Thanks Park City. Thanks Grant & Shawna! We will be back soon!