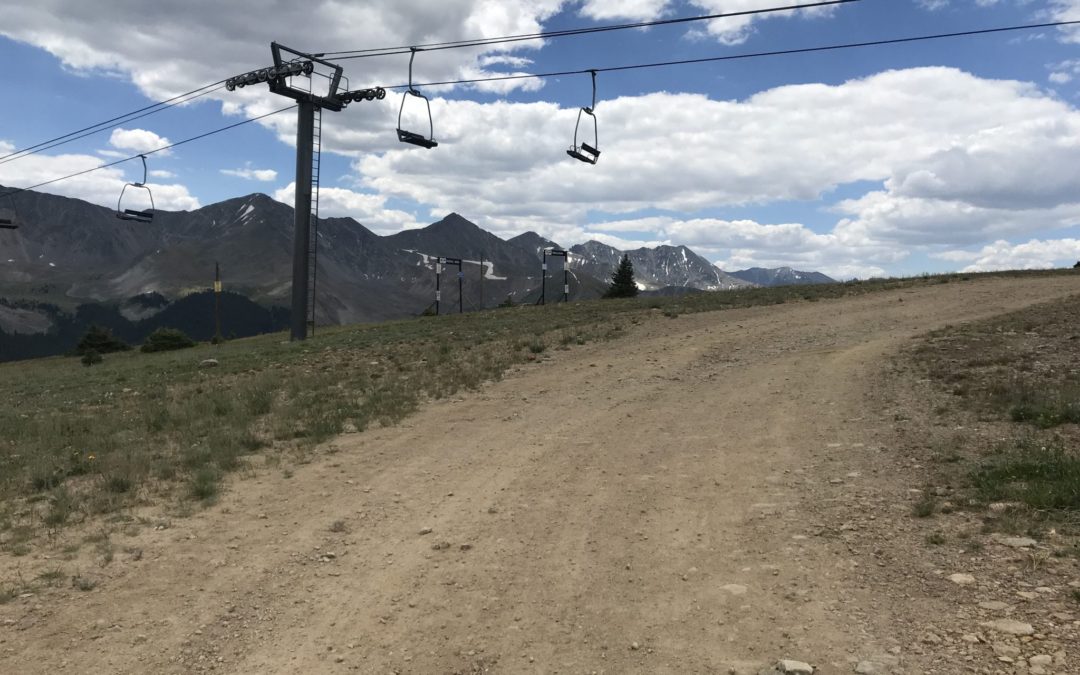 It has been many years since I last ran a trail ultra. I’ve been training hard, but I knew this race would be a lot for me. My goal was 6-7 hours. My real goal was not to crater. I knew I needed to keep eating and keep my heart rate in check. Beyond that, I just hoped my legs would hold up.

The race was at Copper Mountain ski area and consisted of 2 loops. Each loop would take us to the top of the mountain and then back down.

This isn’t the type of race that I get nervous about – in my mind it was a really long training run with a bunch of strangers – so race morning was fairly low key. At 7:00 they sent us on our way. The race started straight up with some fairly steep switchbacks. Not surprising, given that we were at the base of a ski resort.

My heart rate spiked immediately, and I knew I had to get it under control before I torched myself. I spent the first mile figuring out the effort that would allow me to push but not blow up. Heart rate down within range, I settled in for the climb. I felt decent, better than my race in Montana but not as amazing as my race in Colorado Springs. Solid.

The climb was tough, but it was a good mix of hiking and running as we wound our way to the top. I had estimated the top would be around mile 8 (the race profile was hard to read), so I was pleasantly surprised when I reached the top aid station at mile 6.75. One word: Oreos. Buoyed by my time (and Oreos) I started thinking maybe close to 6 hours was possible.

The downhill began on fire roads where it was easy to let gravity take over. I was moving at a good clip. Then, with about 5 miles to go from the end of the first lap, we hit an uphill section. This is where I met my temporary race running buddy, Amanda. We had been running close to each other, so we were going about the same pace. I told her I remembered seeing an uphill blip on the elevation profile. In my mind it was short and inconsequential. Oops. It wasn’t that short. It definitely put a dent in our projected downhill time. Once we were up and over this bonus hill, we resumed the downhill. We were on singletrack now so a bit slower, but we held a steady pace to the bottom. We completed our first lap just around 3:15, so 6 hours was definitely out the window. 6:30 was going to be tough/impossible unless I turned into Wonder Woman. Sub 6:45 was my new target.

Amanda had more in the tank on our second climb, so she went ahead. I’d like to point out that she was 15 years younger. I’m just saying… I didn’t feel too bad letting her go. I was keeping a solid pace. 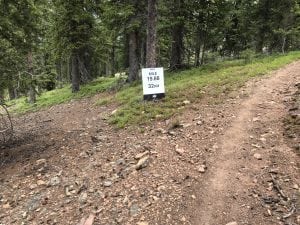 Already my longest run in years

By the time I reached mile 20, things were starting to get real. My body was realizing just how much I was asking of it. I focused on forcing myself to run in the same sections I ran on the first lap. Each time I passed Amanda on the out and back sections, we would remind each other to keep eating.

As I neared the top, I will admit that I was not especially looking forward to the second downhill. It was going to hurt. My quads, my knees and my calves were all feeling the first lap downhill. But I also knew I had to run it fairly hard to make my time goal. 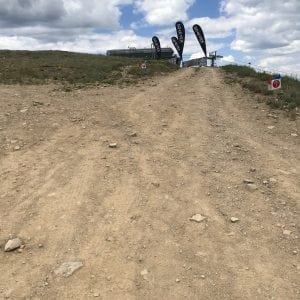 I mentally prepped myself for the downhill and, shoving the last Oreo in my mouth, started running. It hurt as much as I expected. But I was holding sub 9-minute miles, which I felt good about. It wasn’t graceful running, but it was running.

As I descended, both calves started to twitch: A not so subtle message that they both wanted to cramp. I knew that one cramp would essentially ruin my race; my mission became avoiding calf cramps. It’s challenging, especially on a trail downhill, when sudden muscle contractions are required. Sudden muscle contractions that can trigger a fatal cramp. There were a few steps where I thought I was about to lose the battle, but they held. Barely.

At each aid station I drank coke and shoveled in electrolyte chews. Hell, I figured, it couldn’t hurt. After the bonus hill, which seemed even longer this time, I forced my legs to resume downhill running. I felt (and looked, I’m sure) like the tin man. My whole body was pissed and letting me know about it. I only had a couple miles to go; they sure seemed like long miles.

As I rounded the last corner I could see the finish. I was going to make my goal of sub 6:45! The guy I had passed on the bonus hill was closing in on me and I honestly didn’t have the energy to try to hold him off. It wasn’t like we were duking it out for prize money, but usually when someone is gunning for me right before the finish I try to rally. This time I just stepped aside and cheered him on.

Besides my whole body screaming, I felt pretty good about the race. My first stop was the creek nearby, where I sat in the cold water for a while. My legs appreciated it.

Then it was back to the rental, where Mark and Puck were hanging out after a day of biking and river fun for Puck.

I had randomly chosen a burger place with good ratings for my post race burger & beer. It was one of the best burgers I’ve ever had. Mark agreed, so it wasn’t just the fact that I felt like I could eat a whole cow after that race. A couple beers to go with it and I was pretty much comatose.

Today is Puck’s 5th birthday! Mark took him out for another bike ride (thankfully, because my legs feel pretty useless). As is typical the day after a big race, no food within my vicinity is safe. I feel like a human Hoover. I’ll get my eating back under control tomorrow but today my attitude is “FOOD? BRING IT ON!”

I’m off to snuggle with the birthday boy.