Has anyone seen my cats? & My latest kitchen experiment: Cauliflower Hummus & Paleo Naan. 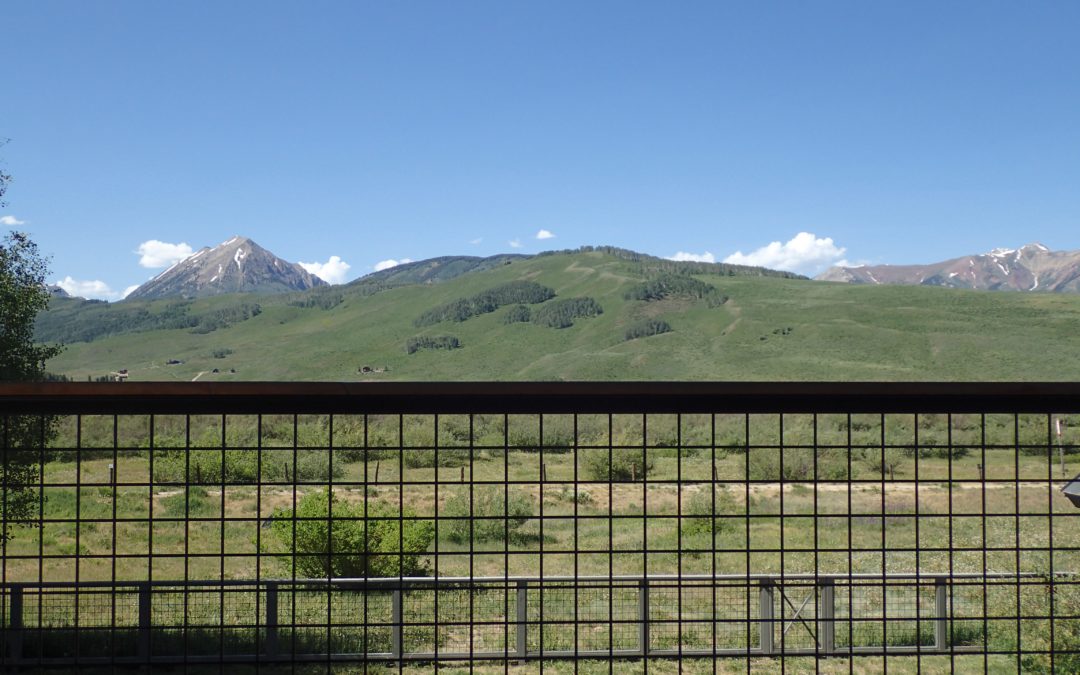 It’s good to be home. The last couple of months have been a wonderful whirlwind adventure, but I’m ready for a couple months of normal. Not that normal is boring here in Crested Butte, Colorado.

But first, has anyone seen my cats? Seriously. I am worried they are plotting something. In the 5 years I have had these cats, we have taken a lot of car trips. Not one has been easy. Or pleasant.

As I loaded them up in Denver to head to Crested Butte, all signs pointed to another 5 hours of pooping meowing Cary’s personal cat hell. But something was wrong: No car sickness. No poop. Hardly any meowing. For 5 hours. I even stopped for coffee because it was so peaceful. I’m trying to figure them out: Was the RV trip the cure to my cat travel problems? Or was this trip just a random alignment of the stars that will never happen again? I will let you know. The kitties will not have to travel until September. By then they may have forgotten how good they can be. I will cling to hope.

Every time I arrive in Crested Butte it feels like my whole being gets lighter. I feel grounded, centered. Even now, when town is overrun with tourists. 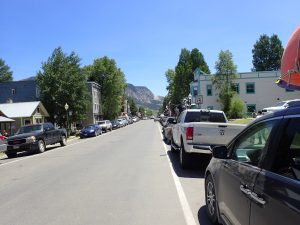 If you have never been to Crested Butte, it is one of the most beautiful places in Colorado, in the United States. So you should put it on your bucket list. Spectacular views, amazing trails, first class skiing, and an adorable town to go with it.

Now on to my latest kitchen adventure. What you should know about me in the kitchen: I love to cook and especially bake, but I am no gourmet. I did not inherit that innate ability from my Grandma and Mom. But I like it, and since I am the only one who has to eat it, that’s what matters.

I eat a good amount of vegetables now compared to my diet pre-paleo, but I still struggle to get enough in. I often find myself trying to cram 3 or 4 servings with dinner. So I try to create food and snacks with vegetables hidden in them. Like you would do for your toddler. Today, I decided to try cauliflower hummus. And paleo naan for hummus-to-mouth transportation.

Can you officially call it hummus if it is made from cauliflower? I don’t know. But cauliflower spread just doesn’t have the same appeal. I randomly chose the following recipes for the hummus and the naan. I will need to experiment a bit, but it wasn’t a bad start.

Cauliflower hummus isn’t as creamy as normal hummus. And I think the quality of the cauliflower matters most. I used cheap store brand frozen cauliflower (one thing Crested Butte lacks is a really good grocery store). I added more salt and more lemon than called for. With that, the flavor is really pretty good. And it is basically one spreadable vegetable. With some added fat. I guess if I want to be really good I would dip other vegetables in this hummus. But let’s not get crazy. 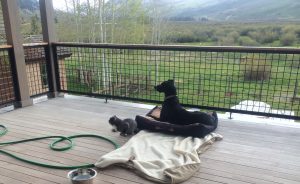 Chilling on the deck

Because the paleo naan is good! I used arrowroot instead of tapioca (for some reason tapioca does not agree with me). It was really easy to make and it actually did what it was supposed to do in the pan. I made 7 mini naans and they are nice and chewy, which is what I was looking for in my naan. We’ll see how they store in the fridge because they have a lot of hummus to shuttle.

Hope everyone is headed in to a fun 4th of July. We’ll be hiding out on the deck.