A few things I am thankful for this January 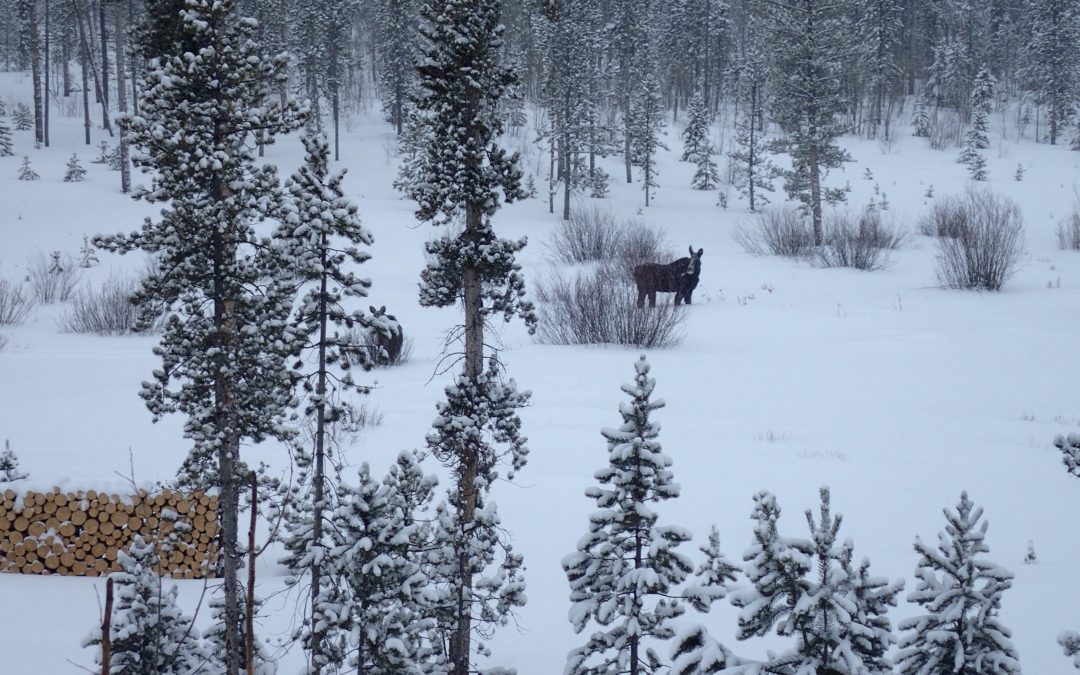 It has been a good 2018 so far. Here are some things that have made it special:

I’ve never seen a year like this in Colorado. In November, we hoped December would bring good snow. Then we gave up on December and hoped for January. Now we hope for February. But at least we’ve gotten a few snowstorms lately – there is enough snow for me and Puck to ski and snowshoe. But we sure would like some more. It’s a little bleak out here. Please, Mother Nature?

We try to avoid running into baby moose out on the trail. Because Momma moose attacks first and asks questions later. And Puck can run faster than me. But yesterday, Momma brought baby moose across our property right in front of the house. I know the baby doesn’t look that small, but it is. It’s a moose.

I have spent years suffering through painful cold hands. Which is tough when you like winter sports; even tougher when you like winter sports and early mornings. I don’t know if it’s just poor circulation – I get Raynaud’s in my fingers – but I’ve used so many of those chemical hand warmers over the years that I started to feel like I was single handedly (or double handedly I guess) ruining the environment. The past two years I’ve been using electric heated gloves. They were a slight improvement over total suffering; but it wasn’t like I had warm fingers, they were just slightly less frozen.

This year, I decided to go big. I bought a pair of the OR Lucent mittens. And of course, I paid full price because they 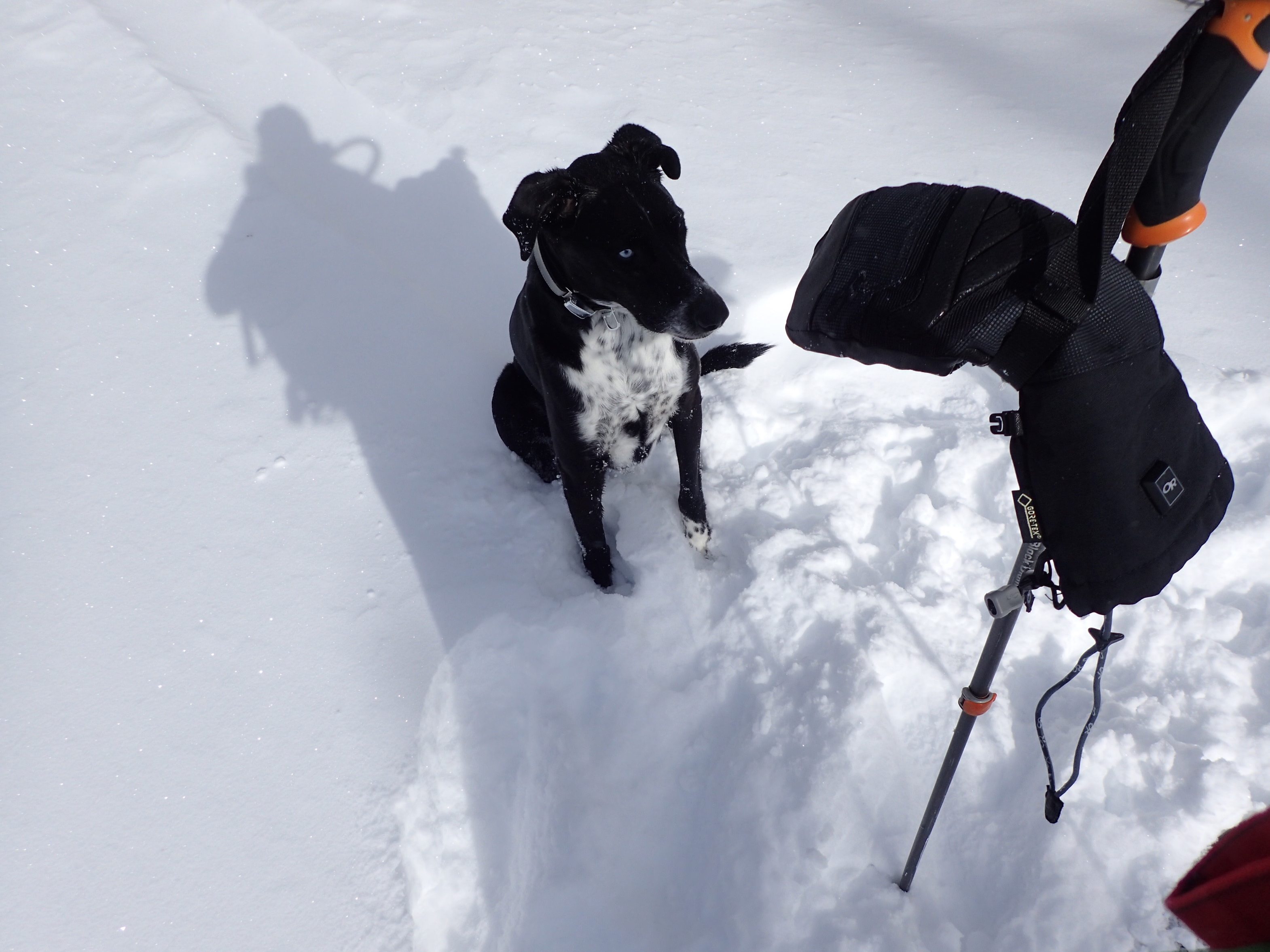 don’t go on sale until, well, right now. My hands don’t wait until February to get cold, thank you very much.

They are worth the small fortune I paid for them. It’s like putting my hands in a little space heater. I haven’t had frozen hands once this winter. And when my liner gloves get wet from cleaning out snow from Puck’s paws or removing my skins, I just pop them back into my heated mittens: instant hand sauna!

If you, too, suffer from miserably cold hands… the OR mittens are on sale at REI. So they cost a slightly smaller fortune.

Here are my criteria for an excellent running snowshoe:

1: I can’t tell I have snowshoes on my feet because they are so light

2: I don’t trip on my own snowshoes

3: I don’t slide down a steep hill and fall on my butt

Unsatisfied with my old snowshoes – which met exactly none of the above criteria – I splurged on the TSL Symbioz Racing snowshoe this year. I have taken them out for a couple spins so far. Which did include some running (that’s key. And it IS running, even if it looks like shuffling). I have been so impressed. I can hardly tell I have anything on my feet. I have yet to trip, which is amazing, since I can trip with just running shoes on. And they don’t slip AT ALL on steep terrain. Another splurge that was well worth it (and, hey, they are cheaper than the mittens!).

Oh wait, that’s something Puck is thankful for. He says that a bad snow year means a bumper crop of sticks and branches available for eating. This is one of his favorite things to do, especially when he is in Snotty Pants mode. He thinks it is particularly funny when Mom screams at him to DROP THE DAMN STICK over and over. He says it is worth the discomfort later when they come out one end or the other.