Another tough day of recreating. Why I think this is the perfect time to visit Sun Valley. 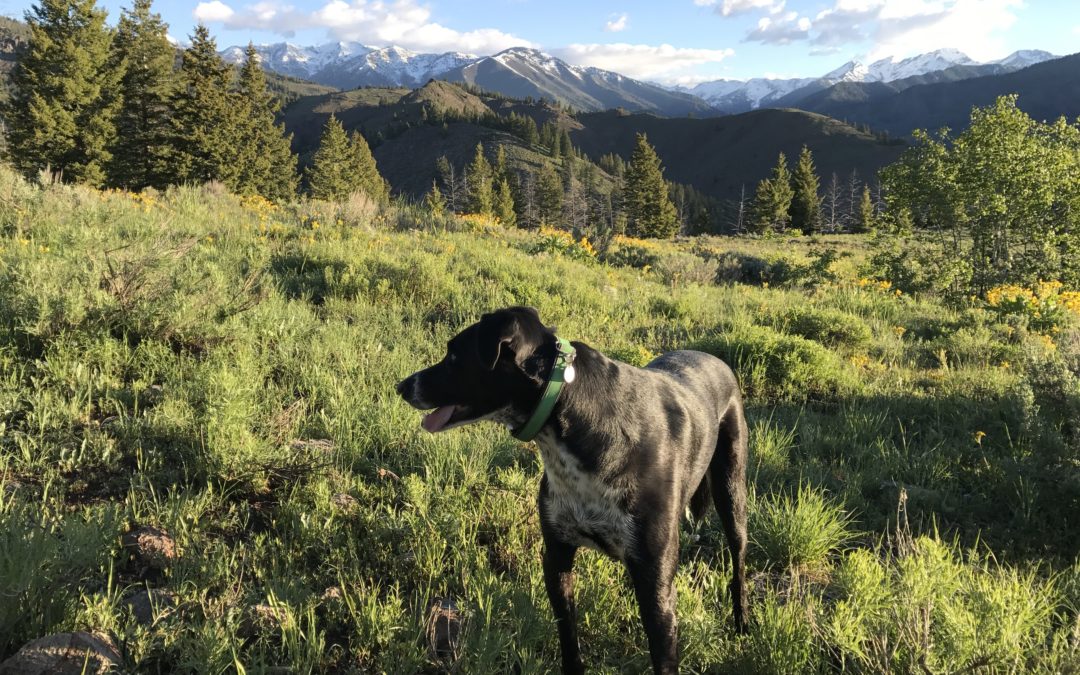 Snow yesterday. Sun today. A couple easy days did us some good, but we were back at it today and we are officially pooped. We headed out early to the trail I attempted to ride earlier in our stay here (when my cleat broke). Today we went on foot; the sun was out but it was below freezing and I wasn’t THAT committed to biking it. Plus I had plans for Galena Summit Part 2 later. 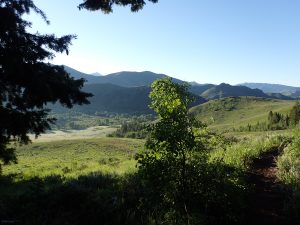 One of the many spectacular views

It was a spectacular morning and the trail delivered on its promised views. Puck never seems as impressed by these views as I do, but he says the grass tastes good. He is a grazer. He thinks he is a moose. And in his defense, he has legs like a moose.

Within the first mile we had to cross the VERY COLD creek several times. The bridges are out. My tootsies were numb. At least it started uphill so I warmed up quickly. It was at this point I decided biking it tomorrow was not a good idea. Feet stay a lot colder on a bike. And I could just see myself slipping in my bike shoes and taking an unplanned ice bath.

The trail delivered a nice steady climb to the spectacular views and then a fun downhill. The loop finished along the raging river. Puck tried to push his luck a few times; fortunately he understands ANGRY MOM tone very well. He did find a few calm areas and was sure excited about that. His perfect water is about chest deep and calm, with some water weeds to chew on. It was nice of the river to deliver.

I got my butt thoroughly kicked at CrossFit. It was one of those workouts where your heart rate goes through the roof and stays there. I think it might still be there. I was ready to ditch my plan of Galena Summit Part 2. But after a little food I decided I could start and see how I felt. I drove to just 10 miles below the summit – serious cheating but I’m really ok with it. I rode most of the rest the other day anyhow in Galena Summit Part 1. And I can cheat if I want! 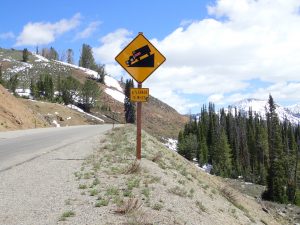 I felt better than expected and made my way steadily to the top. They couldn’t be bothered to put a Galena Summit sign at the top, but the sign they did have gave it away… this was my turnaround point. I had not noticed when we drove over yesterday that the spectacular view overlook was down the other side a bit. THAT wasn’t happening today. I am not that committed to my photography!

Officially pooped, but I think I undid my decadent breakfast from yesterday at least.

So, why do I think this is a great time to visit Sun Valley? I was actually a bit concerned that I was going to be here too early in the season to really be able to enjoy the trails. But I think I actually hit the bulls-eye on timing. So in case you are planning a future recreating trip to SV, here are my reasons:

1: This was a big snow year but there are already a lot of trails open. The high mountain trails are not, but we have had no shortage of trails to cover and there are many (many!) miles still that we won’t touch.

2: It is not busy but everything is open. We call it mud season in Colorado, they call it slack season. It has been perfect: No issues parking, no long lines, no one waiting for my table as I nurse my beer, etc. I think next week that will all start to change. It is already noticeably picking up through this week. It’s not a big place, but I suspect it gets VERY busy. It’s nice not to have to deal with the crowds.

3: Temperatures are nice. I have not forgotten that it DID snow yesterday, but if you discount that, it has been mild, which I like. If you want summer temps, might be a little early, though it was 80 degrees the day we arrived!

4: I suspect like any tourist town the locals and employees get really sick of us tourists after a long season. So coming now, when they have recovered from the ski season but haven’t yet been hit by the summer season, is perfect. 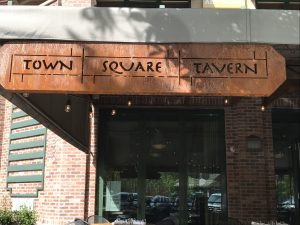 Tonight I am treating myself to nice meal out. It seemed like the thing to do in Sun Valley. Unfortunately no one believes Puck is a well trained service dog so he has to stay at home. Everyone recommended Enoteca, but it looked a little fancy for me to sit and tap on my computer. So I decided to try Town Square Tavern, which was recently opened by the Enoteca folks. I am sipping some nice wine and admiring the menu. I think I chose well.