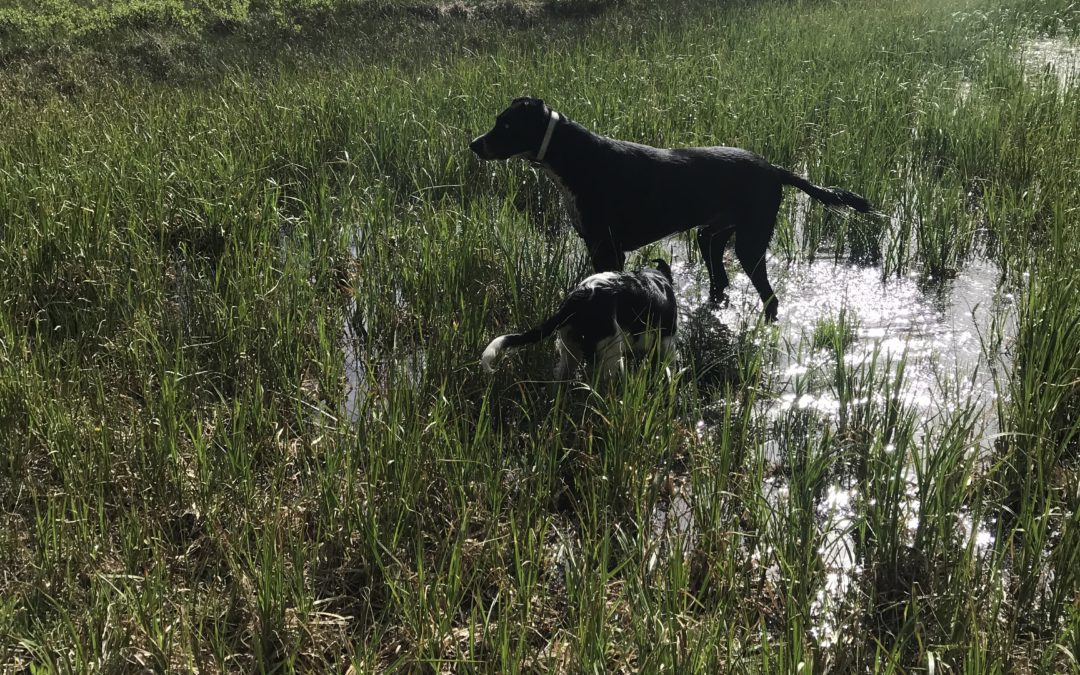 It was a little over 2 years ago when I took my first Flying Circus airstream adventure. I fell in love with Bend then. And it feels so nice to be back. Good timing. There is something about Bend that makes me smile, although I can’t really explain it. There are so many wonderful places I’ve been to and love. But Bend is a keeper as travel destinations go.

We left Jackson Sunday morning, pulled off the road somewhere in Idaho and went for a walk. We made it to Boise and were immediately reminded that Boise can get quite HOT in the summer. It was 95 degrees. I stayed up until almost 10 (unheard of) simply because it was too hot to go to sleep. We designed Alice without air conditioning. The air conditioning units are big and heavy, and they really don’t work that well. She has 3 fans and lots of windows and I had everything open and on. Makoya was the only one who actually appreciated the heat. The rest of us were panting and dripping sweat. We were all a bit cranky come morning. It would have been a good night to sleep on the deck. If only… 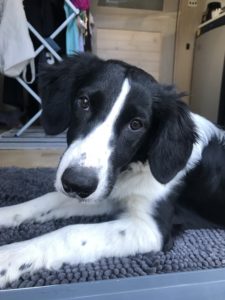 In my effort to use this trip to get my mojo back, I had us packed up early Monday morning and made it to the 6:30 CrossFit class at a gym that was conveniently on our way. I had time to kill because I had an 8:00 appointment a few miles further on to have a real metal shop drill more holes into poor Alice. After that it was on to the dog park for a game of fetch in what was already 80 degree heat. Luckily in that heat the dogs tire quickly!

By the time I got here I had decided I needed an itinerary change. My original plan was to leave Bend on June 26, drive to Coeur D’Alene where I would race the 70.3. I gave up the idea of racing months ago. I haven’t even walked by a pool or looked at my tri bike in the past 4 months. I realized on my drive here that I really didn’t want to even be in CDA while the race was going on. I thought about trying Hood River for a few days, but in the end I decided I wanted to stay in Bend. We will now be here until July 1. Yay!!

Bend seems to be working its magic. I have been going to the CrossFit gym I found last trip, it’s fun to have that community. Each day we pick a different trail to explore. The weather has been spectacular.

Today I was excited to go up to Green Lake trail – the higher trails were not open when I was here before because I was here about a month earlier. As we were driving up and over Bachelor, it started to snow. Green Lake trail is a few miles down the other side so I thought maybe it would stop snowing as we descended. It didn’t. I had not brought the appropriate clothing for snow, but I manage to cobble together enough layers of bike and run clothing that I happened to have in the car. 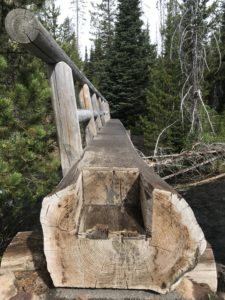 The trail began with a river crossing. The river was roaring and the bridge over it was a half sawn log quite high above the river. It was beautifully done, but a bit frightening to put the dogs on. I managed to get Puck up and he made it over. Then I coaxed Zoey up. She was scared but she followed Puck and managed not to not fall off, thankfully, because I was picturing me racing downriver trying to rescue her if she did.

The trail was spectacular, following the river as it climbed. It was running much to high for the dogs to play in, but there were some beautiful waterfalls. Unfortunately, about a mile up we hit snow. We kept going a bit, but it soon got to the point where it was too much snow, so we turned around. Definitely a trail to put on the list for future!

On our return trip I wisely carried Zoey across the bridge because she was so scared I worried she might not make it a second time.

I’ve been making the rounds of my favorite coffee shops. I haven’t ventured out for beer yet, but I have plenty of time for that! Honestly it has been nice to just chill around Alice at night. I bought a cheap pen for the doggies to hang out in so we can all be outside: They do just fine without a pen until they see a) squirrel b) dog c) any interesting person.

Tomorrow I plan to ditch the kids at daycare and ride Tiddlywinks to see if it is as wonderful as I remember it to be. I suspect the climb will be a lot harder at my current fitness level, but I’ll get there.

I’m starting to feel more human, sleeping better, finding my motivation again. My Whoop – which has been pretty much red and yellow for four months – has been giving me some green recovery days.