Boise (who knew, so cool!?) & the screen shelter that wasn’t 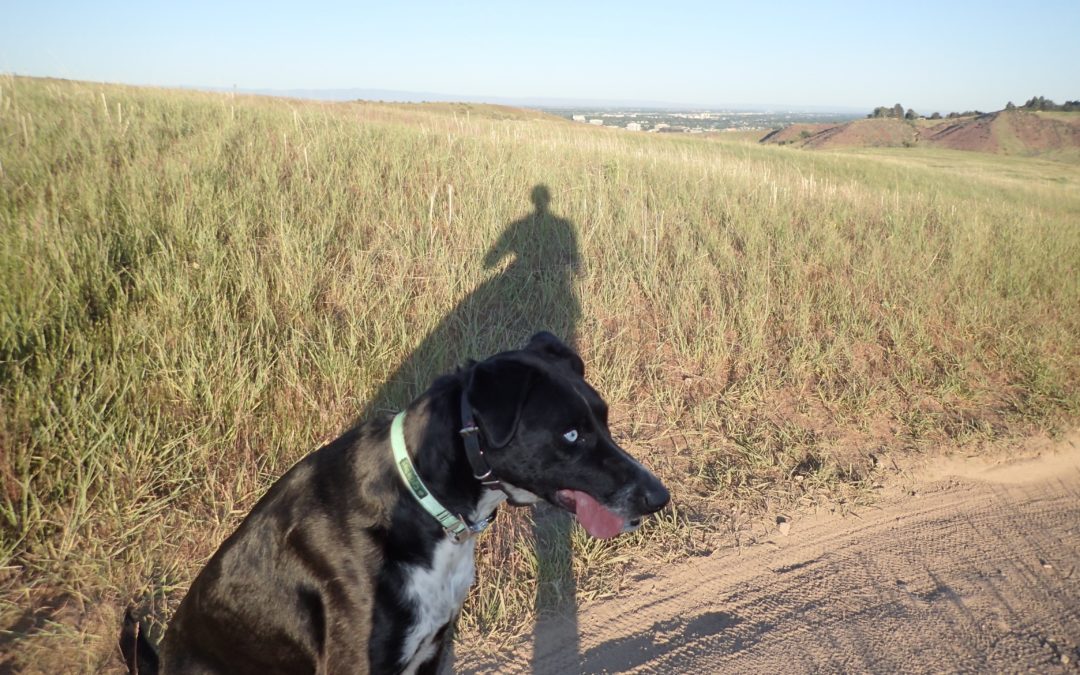 We continue west! Friday morning Puck and I were out early on a mountain bike ride in Park City. It felt good to pedal. There were storms around but we managed to stay dry. We were sorry to leave the Park City trails, but happy to leave the unsettled weather.

The rest of Friday was an uneventful (hallelujah!) drive to Boise for a 2-night stopover on our way to Bend. I have been to Boise once before for an Ironman 70.3 race and was surprised that it was actually a hip little city. Not that I am an expert on hip, but it was not what I expected from Boise. 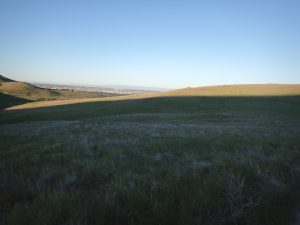 Looking back at Boise

What I did not know is that Boise has a truly impressive system of open space trails in the foothills, minutes from downtown. There must be hundreds of miles of trails right here. Go Boise! And of course there is the nearby national forest(s). I have put Boise on the list for places that require further exploration!

This morning Puck and I went to the military preserve for a lovely run. After some miscommunication with a group of local runners I managed to take us on a nice loop:

Me: “does this trail connect to the Back trail?”

Local: “The Back trail? I don’t know what you are talking about.”

Me: “I saw you guys running up that trail over there, that’s the Back trail, right?”

Local: “Do you mean Bucktail?”

Me, sheepish: “Oh, it’s Bucktail not Back trail? See how well I read the signs.”

Local: “This trail does connect to Bucktail!”

After our run I headed to Arbor CrossFit for the 8:00 workout. There was a lot of rope climbing involved. My rope climb skills have come a long way and it was nice to give the impression I knew what I was doing!

A quick stop at Whole Foods (can’t buy much, not a lot of room!), a load of laundry, then back to the trailer.

Next up, change of kitty litter, oh boy oh boy, I bet you are excited about this! One of the big problems I had to solve when prepping for this trip was where to put the kitty litter box. The trailer is so tiny, it’s not like you can just set it on the floor, unless you want to hurdle over it constantly. However there IS a handy storage area under one of the bench seats that looked perfect for a litter box. I removed the little side door that opens into this storage area so the kitties would have easy access. But how was I going to get the litter box in there? There are two small top openings under the seat cushions but they are much smaller than any litter box. My initial solution was multiple small collapsible litter boxes. These are great but they have very low sides. Makoya, in particular, prides herself on her litter throwing skills. After the first day, when most of the litter was on the floor outside the litter boxes, I decided to try Plan B. I had purchased some lined cardboard litter boxes that come flat. I thought they MIGHT fit but I wasn’t 100% sure. Stroke of luck, the box fits through the small opening when flat and, once I am able to contort myself enough to put it together, it fits perfectly. Yes! They have higher sides that even the Olympic litter-throwing champ can’t overcome.

My final problem was removing the old cardboard box full of litter. ACK. I hadn’t thought of that. I finally managed without spilling the entire load of litter. New box installed, mission accomplished! I wouldn’t normally change it so often, but I am not ready to trust the lined cardboard for too long… 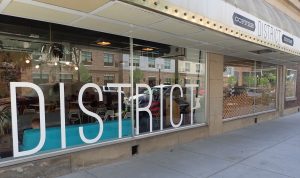 After that, I ditched the kids and spent a couple very nice hours at The District Coffee House in downtown Boise. A cool place. Great nitro cold brew, my new obsession!

Back home, it was time to attempt to set up our fancy screen shelter. I spent way too much time trying to find the perfect screen shelter, one that had sides and a floor (the floor was the kicker) so all four of us could hang out when we are on our longer stops in Bend and Sun Valley. Stupidly I did not attempt to set it up before we left. I can now say that the Eureka! Northern Breeze set up is not a one-person job, especially if I am that one person. It was like a bad comedy sketch. I would get one side up and the other would fall, over and over. I tried to prop half against the trailer, nothing worked. So after much cursing I took it all apart, packed it back up and put the damn thing in the car. I hope to pawn it off on a consignment shop in Bend. Or just give it away. Stupid thing. I called REI in Bend and they have a shelter that might work (no floor but beggars…), although the sales guy and I had a heart to heart on whether I would be qualified to set it up alone. We are both dubious. He suggested I come by tomorrow and we will see. I love REI.

So tomorrow we leave Boise for Bend, where we will spend 8 nights. Trails look in good shape and we are excited to explore!